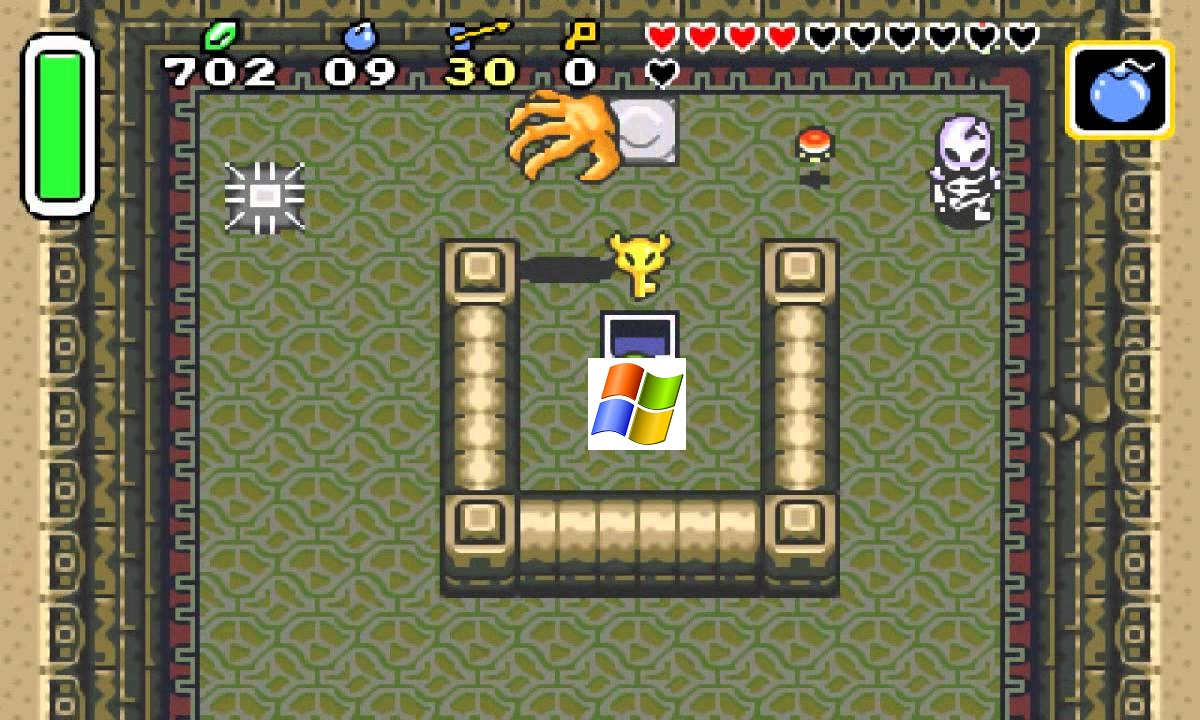 I had a lot of problem finding the needed tools for XP SP1, because it is just so old. First of all, I couldn’t find a ” Visual 2008 Express C++ Edition ” executable compatible with XP SP1. I also couldn’t find symbols for XP SP1.

What I ended up doing is installing vc++ on an XP SP3, build what I needed here (while configuring vc++ so that the executable is compatible with SP 1) and transfer it on the XP SP1 machine.

Also, I only managed to find symbols for XP SP3. It’s still fine though, while the symbols is a always a nice plus, you can debug without symbols. If you do need some offsets to specific data, you can check what’s the offset on the XP SP3 machine, and they’re the same in XP SP1 (at least from what I could see).

As already mentionned, I’ll follow mr_me tutorial (replicated on b33f’s blog), and try to expand on anything that I had a hard time grasping.
This code is affected by a heap overflow at line 39. The reason why is quite obvious : we allocated 260 bytes of memory on the heap, and we then put an user controlled string (the first argument given to our application) inside it. Since there’s no size check, our string ends up overflowing the allocated space.

Here’s something I had a hard time getting from mr_me article :

Now of course when we run this in the debugger, we gain control of the second allocation (because freelist[0] is being updated with our attack string from the first allocation).

Why is freelist[0] relevant, when we’re only allocating 260 bytes ? Why is it updated ? Shouldn’t freelist[0] be in play only for allocations that are superior to 1016 bytes ?

The answer is actually fairly simple : those 260 bytes actually are NOT what’s freelist[0] going to be updated with. In fact, while creating our 0x1000 bytes heap, it already came with a 0x980 free block.

Let’s take it right from the beginning, and observe our heap just after it was created (the //parts are comments I added and not from WinDbg output. I also colored relevant pointers/data).

Let’s look at this free chunk in more details:

To summarize, our memory looks like this right after our heap was created, that’s to say after HeapAlloc() was called:

After creating the heap, we allocate 260 bytes from it with HeapAlloc(). What does WinDbg says after this allocation ?

Nothing too surprising when we take a peak at the block, although, I might not understand what are the trailing metadata (if it is indeed metadata ?).

Now, what happens when we copy our string (the one we pass as argument to our application) to the block we just allocated ? Well, let’s first look at it with a small string (that doen’t induce any overflow), like “AAAA”.

Everything’s looking all fine and dandy here : our “AAAA” string was copied to the first bytes of our chunk.

Then, we allocate a second block on our heap at line 42 :

In very much the same way as to our first allocation, a new busy block appeared, and the free block shrinked.

However, what would have happened if we used a string that overflowed, for exemple, 296*A instead of “AAAA” ? Let’s do that and compare the heap with and without overflow (and for the lazy ones, just do $str = “A” * 296 in a PowerShell prompt to produce the string).

What happened ? Well, our string filled the busy chunk, and then overflowed onto the free chunk, overwriting its metadata. Most importantly, it overflowed the blink and flink pointers of the free chunk. Of course, this is gonna cause problems… Indeed, the application crashes at the following instruction:

To understand what happened, let’s dive a little deeper on what happens when the second allocation is made.

The free block of 0x860 has to be divided into one busy chunk of 260 bytes, and one new, shrinked free chunk. Also, and most importantly for our exploitation, the current free chunk has to be unlinked from freelist[0]. In a double linked list such as freelist[0], unlinking, in its simples form, looks like this, given that we want to unlock ” Block ” from the list.

Now, we’re a bit in a special case, as we only have one free block, “PREVBLOCK” and “NEXTBLOCK” are actually the same, and the unlinking process actually looks like the following (I’ll get to what eax and exc refer to later):

And this is why the crash happens : flink and blink are garbage due to the overflow. More precisely, the two instructions right after out crash correspond respectively to the first and second step we just described.

And yeah, that’s it. We got our 4 bytes write primitive. Writing arbirary data (the flink contained in eax) to an arbitrary place (the blink contained in exc) is now just a matter of finding the offsets in our overflow. This part, and how to turn that into arbitrary code execution, is fairly straightforward and well explained on mr_me tutorial, which the reader can do if he wishes so :-).